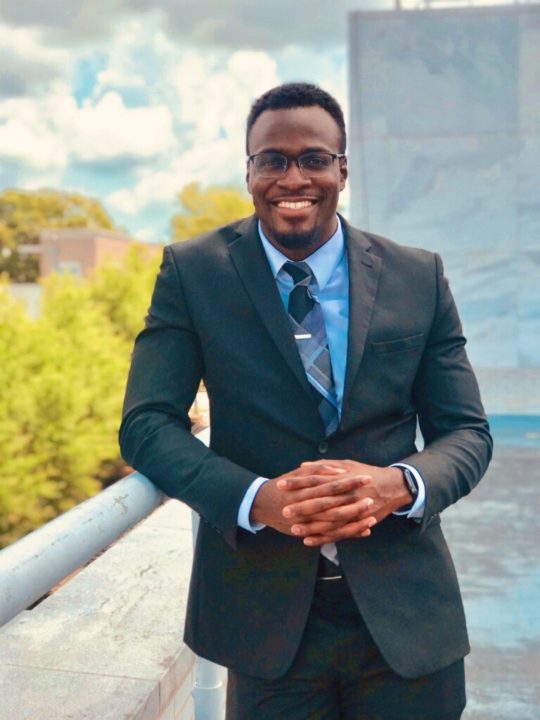 Babafemi “Femi” Fatade graduated from Georgia State’s philosophy B.A. program in 2018, and he currently works as a regulatory attorney at Tennessee Valley Authority. In this interview, we talk with him about philosophy, his career, and life in general.

Why did you choose to pursue a degree in philosophy?

I decided to pursue a degree in philosophy because I wanted to be in a field where I could have intellectually stimulating conversations on a daily basis. Moreover, I wanted a degree in something that would make me stand out in my law school applications. Philosophy did those things for me and more.

How do you use your degree in your current field? What skills did you take from Philosophy into the workplace?

Studying philosophy taught me both how to get comfortable with complex information and communicate that information clearly and effectively to others. Furthermore, studying philosophy taught me how to become a better problem solver. These are skills that I utilize every day as an in-house attorney. As an attorney, I read complex legal issues, write legal memos, and communicate with lawyers and individuals from various sectors of the business. Although law school helped me develop the skills necessary to become an attorney, philosophy laid the foundation for my success. I can’t think of any other degree that can better prepare one for the practice of law.

What were some of your favorite classes and topics in Philosophy while studying at GSU?

Hands down, my favorite topic was epistemology because it challenged the way I thought about knowledge and perception. I also enjoyed any conversation that dealt with God or His existence: as a Christian, I loved learning about ideas that both supported and challenged my beliefs.

Do you have any advice for current or future students who are thinking of majoring in Philosophy?

For those on the fence about majoring in philosophy, I say DO IT!! I do not regret choosing philosophy one bit! I met so many creative minds while completing the program. If you don’t want to major in it, at least consider minoring in the subject. Philosophy teaches you how to think both critically and creatively, and I don’t know of many degrees that don’t need critical or creative thinkers.

For those of you already majoring in philosophy, I say become active in the philosophy department. When I was at GSU, I served as Secretary and then President of the Philosopher’s Guild. The Guild was a great way for me to interact with faculty, other student groups, and the GSU community as a whole!

What are some of your other interests or hobbies? What are you reading, watching, listening to?

I love bike riding, playing the piano at my church in Decatur, and capturing aerial footage with my drone. My drone page on Instagram is @femitakesoff.

The last series I watched on Netflix was Squid Games!