His research focuses on the problem of mental causation raised by nonreductive physicalism. Science fairly clearly indicates that we are physical beings who must interact with a physical world, yet mental types, for example pain, do not map one-to-one onto physical types, for example such-and-such a neural state. This raises the question of whether, when we act, our action occurred, for example, in virtue of the painfulness of the state or in virtue of it being such-and-such a neural state. This problem is often called the problem of overdetermination. If the action occurs only in virtue of my physical properties, then it appears that my mental properties are irrelevant and my belief that my mind affects the world is false. If the action occurs in virtue of both mental and physical properties, then there appears to be too much causation for the event. Why isn’t the physical cause enough since physical laws appear sufficient to necessitate the effect?

An increasingly common response is to accept that both the mental and physical are causally relevant to certain effects and that they need not overdetermine those effects. They argue that our assumption that the two properties causally exclude each other or compete for causal relevance is false. Less noticed is that this response allows only for mental-to-mental causation and not for downward, or mental-to-physical, causation. Also little noticed is that the arguments in favor of rejecting this assumption of causal competition apply equally well to another assumption of the argument that the no physical effects have mental causes. In other words, if the arguments against causal competition are correct, then the mental and physical need not compete as causes of physical effects any more than they compete as causes of mental effects. Since he rejects the assumption of causal competition, he believe a form of downward, or mental-to-physical, causation is possible. His long-term goal is to refine and defend this concept of downward causation and its correlative concept of causal closure, show that standard arguments against downward causation do not count effectively against it, and provide a model for how such causation might be possible. 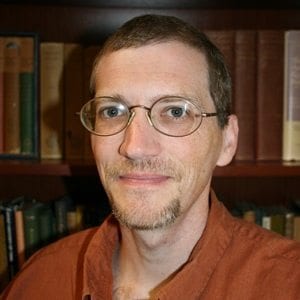