Jessica N. Berry is Executive Editor of The Journal of Nietzsche Studies and serves on the steering committee of the International Society for Nietzsche Studies. She is interested in questions concerning skepticism and epistemology, moral psychology and metaphilosophy in late eighteenth- to early twentieth-century German thought (especially in the work of Friedrich Nietzsche) and in ancient Greek philosophy (especially the pre-Socratic philosophers and Hellenistic skeptics). She has taught courses on Marx, Nietzsche, and Freud, as well as on Kant, Heidegger, Aristotle, the Pre-Platonic Philosophers, and on the philosophy of art. Her work has appeared in the Oxford Handbooks of Continental Philosophy, of Nietzsche, and of Nineteenth-Century German Philosophy, as well as in The Monist, Philosophical Topics, The Journal of the History of Ideas, International Studies in Philosophy, and elsewhere. Her book Nietzsche and the Ancient Skeptical Tradition (Oxford, 2011), now available in paperback, was finished with generous support from the National Endowment from the Humanities. 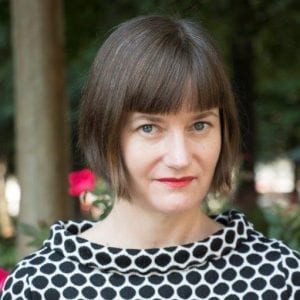